Midlothian VA bat removal services in Virginia is a responsibility that we don’t take lightly. While the internet is a wonderful thing, it is full of a lot of misinformation when it comes to the process of bat remediation. Bat removal should not be conducted by those that lack proper training or do-it-yourselfers (DIY).

Bats can sometimes get a bad reputation, but before we judge them, here are three really big benefits that bats provide:

The little brown bat and the big brown bat are generally referred to as “house bats” and can typically be found in Richmond, Henrico, Chesterfield, Chester, Midlothian and Charlottesville VA homes from mid-April through October. Occasionally, the big brown bat can be found in Midlothian buildings throughout the winter months, hibernating in walls, ceilings, attics, basements, soffits and under your home’s insulation. When both bat species is present, size can often be easiest characteristic in distinguishing the two species – big brown bats are generally more than twice the size of little brown bats. 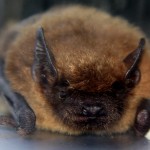 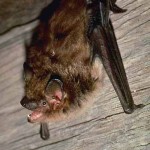 Now that we know a little bit about the pesky critters that get into our home, let’s discuss others questions that often come up when considering bat removal in Midlothian VA.

The first question we are often asked by potential customers is, What Does It Cost To Remove Bats?

The costs to remove bats in Midlothian varies. We tell potential customers that any wildlife removal company that gives you a price for bat removal over the telephone, without first seeing and inspecting your home, does not know what they are doing and you should not consider them to do your job. No two bat jobs are alike and there is no one size fits all approach. Things that we consider in pricing a bat job include:

As you can see there is a lot that goes into the bat removal in Midlothian Virginia. That is why you should always consider hiring a professional bat removal company like us. All of our bat removal specialist are certified as NWCOA Bat Standards Compliant. There is nothing that is approved or legal to spray in your home to make bats leave and some bat species are protected by Federal and State law. Remember that cheaper is not always better.

Midlothian VA Bat Removal Do It Yourself Or Bat Extermination DIY

The internet is a wonderful thing, but there is a lot of misinformation on the internet concerning bat removal. The removal of bats from a home should never be done by a do-it-yourselfer (DIY). The process of removing bats can be complicated and problematic. Never hire a company to remove bats unless they have received formal training. Do it your self bat removal is never a good idea! As we often tell folks, “Sometimes a bat job done incorrectly is worse than doing nothing at all.” Also, since bats are good for the environment and may be protected by Federal and State laws you should never do a bat extermination.

There are many different bat removal devices that can be used in the bat remediation process. Unfortunately, the type of device used by professional bat removal experts is dictated by what we find during our bat inspection and assessment. The wrong type of device installed at an improper location or in an improper manner can be disastrous. Some of the devices used include bat traps, bat netting, bat vents, bat piped, and bat one-way doors to name a few.

Removing a bat from inside a Midlothian house should be left to professionals like us. Many local animal control officers will remove a bat from the living quarters of a home and submit the bat for rabies testing free of charge. If a bat gets in the living quarters of your home do not kill the bat – you may lose the ability to test it for rabies. Also, do not capture and release the bat outside – you will lose the ability to have the bat tested for rabies AND the bat will likely reenter the structure at its original entry point.

Bat exclusion is the process of keeping bats out of your home or business. Bats can enter an opening as small as 3/8 of an inch. To ensure bats do not reenter a structure all openings 3/8″ or larger must be sealed or repaired, but not before ensuring that the bats have first been removed.

There are no bat repellents that have been shown to be safe and effective. None have been approved for use.

Bats are good for the environment and should never be exterminated. Bat extermination may be illegal since many bats are protected by Federal and State laws.

How To Get Rid Of Bats

Getting rid of bats is a process best left to a certified professional bat removal company. Do not hire a pest control company to remove bats. There is a difference in wildlife control and pest control. Ensure that any company removing bats from your home or business is certified as NWCOA Bat Compliant. It appears that Midlothian Virginia is going to require this certification next year for anyone removing bats. Our technicians already have this certification!

There are no devices that have been approved or shown effective for bat control.

There are no products that have been approved or shown effective for bat control. Many are unsafe and are illegal to use. Despite being unsafe, there are still many companies engaging in this illegal practice. 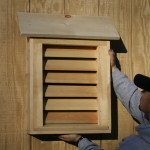 Like all animals bats have two basic needs, food and shelter. While in theory we are firm believers in bat houses, the truth is we have really seen very few bat houses that were occupied by bats. We can provide and install bat houses if you want, but based on our experience and observations we have not found them to be accepted by bats. Click here if you want to learn how to build a bat house –> How To Build A Bat House

There is really no way to control bats, but what we can do is get them out of your home and keep them from reentering through their original entry point. Our bat work is guaranteed.

Bat bug (Cimex pilosellus). Prior to the recent increase of bed bugs, the bat bug was the most common representative of this group of insects found within homes in Midlothian VA. Bat bugs develop in colonies of roosting bats, which sometimes occur in attics or behind walls of buildings. Bat bugs may move into human living areas and incidentally bite people, with such migrations particularly common when bats migrate or are eliminated from the building. However, in the absence of the bat hosts, these insects cannot sustain and reproduce.

Do You Exterminate Bats?

We do not exterminate bats. They’re good for the environment and exterminating them may be a violation of Federal and State laws since some bat species are protected. There are still many companies out there illegally exterminating bats and subjecting families to harmful chemicals. We never use chemicals in our remediation process.

Killing Bats In The House 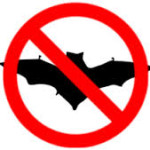 You should never kill a bat that has entered the living quarters of your Midlothian home. Killing the bat may prevent the bat from being tested for rabies and may subject you and your family to expensive rabies shots. Instead of killing the bat call your local Midlothian animal control officer. They usually work through your local Midlothian police department or Midlothian sheriffs’ office and can remove the bat and submit it for rabies testing free of charge. They are not wildlife specialists. There area of expertise is dog and cat removal.

Please contact our office for bat removal in Midlothian Virginia at (804) 457-2883 or toll-free at (877) 828-3878. Our technicians would be happy to answer your questions. You may also visit us on the web at Wildlife Removal in Virginia or Richmond Animal Removal.